A closer look at various traditions

Easter traditions are celebrated in Kitzbühel year after year – and guests can experience them too. Some of the traditions are widely known, others are only found in this area. Either way, you can take part – in an active role or as a spectator.

When the snow up on the mountains glistens in the sun, the air is filled with birdsong and the first flowers lift their colourful heads up towards the sky, you know spring has arrived in Tyrol. If you look closely, you may even catch sight of a nimble shadow with long ears and a small tail scurrying around Kitzbühel’s parks and gardens. For the blossoming landscape isn’t just a sign of spring, it also means Easter. In the “town of the chamois”, as Kitzbühel is affectionately known, the resurrection of Christ will be celebrated once again this year, true to the motto “Nature, tradition and stories”. You can experience numerous ancient Easter customs and traditions, while admiring many colourful Easter eggs in all different sizes, lovingly created flower arrangements and wonderful decorations. Not to mention the region’s numerous local culinary specialties.

Why does a bunny come at Easter? Why do the bells fly to Rome? And why do we give painted eggs as gifts? These traditions basically come down to the fact that, for centuries, the daily rhythm of Tyrolean life was closely connected to the Catholic church calendar. Although this bond has become much looser over time, many of the customs celebrated today are still rooted in church traditions. We have taken a closer look at some of the regional Easter traditions that you can experience during your holiday in Kitzbühel (see below for the exact event dates). 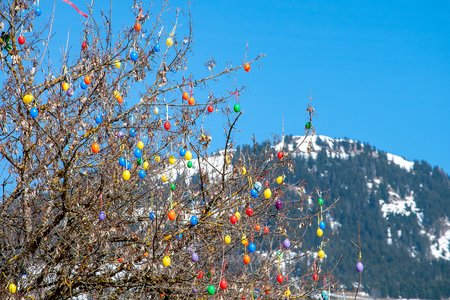 The mystery of the Easter Bunny

We’re still not certain how a cute bunny got the job of delivering eggs. What we do know, however, is that rabbits – just like eggs – have always been a symbol of fertility. The first written records of an Easter bunny bringing and hiding eggs date back to the 17th century. At the time, it was common practice to hide Easter eggs for children. As the adults didn’t want to admit that they were behind it, the bunny soon came into play. In Kitzbühel, the Easter bunnies ride into town in a carriage on Easter Sunday and announce the start of the Easter egg hunt. 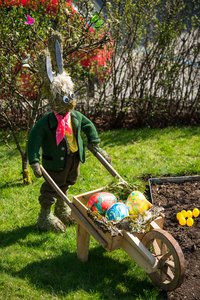 It’s not Easter without eggs

Whether chocolate, marzipan, wood or freshly laid – eggs play a major roles in Easter celebrations. The custom is not unique to Kitzbühel, but widespread throughout the country. It came into being many hundreds of years ago when people gave up eggs during Lent. Even though the eggs weren’t being eaten during this time, the hens naturally continued to lay them. This meant that people were left with a large amount of eggs at the end of the 40 days and, as a result, the eggs were often given away. The custom of colouring the eggs with onion skins and decorating them with herbs arose around the 16th century. 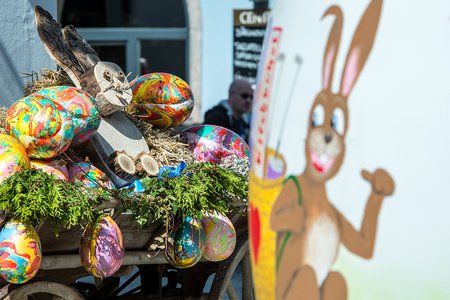 A burning candle and the Easter bonfire are both integral parts of church celebrations on Holy Saturday. Fire symbolises the victory of the divine light over the dark days before Jesus’ resurrection. The flame of the church’s large Easter candle breaks through the darkness. During the service, believers can also receive the light of Christ. They ignite their own Easter candle and pass on the fire, thus becoming light bearers themselves. 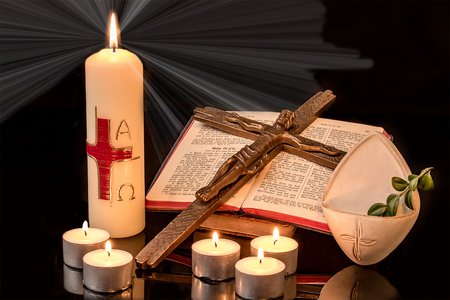 The Easter candle symbolizes the light over the darkness © pixabay

Fasting for the ears

Bells can’t really fly, of course. However, they do fall silent. On Maundy Thursday, the day of the Last Supper and Jesus’ arrest, the faithful begin to mourn: the altar candles are extinguished, the saints are draped in black cloths and the bells ring for the last time. The absence of the bells is said to symbolise fasting for the ears. Church services are announced with ratchets instead of bells until the celebration of the resurrection on Easter Sunday. 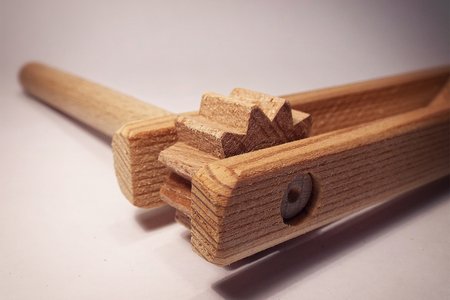 Are the bells in Rome, is called by means of ratchets to the services © pixabay

Certain culinary customs have developed around Easter, often influenced by the 40 days of Lent. Bread and other sweet baked goods play a special role during this time. For example, the “Gebildebrot” (shaped bread), which takes a remarkable number of different forms. These animal-shaped sweet breads and cakes are often baked in the form of lambs, hens or rabbits and are not only found in Kitzbühel. On Easter Sunday, children often get a “Gotlpack”, which is a gift basket from their godparents. 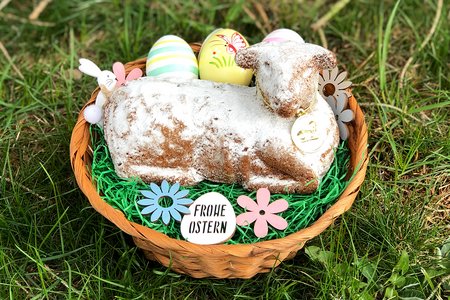 Cake, as here in lamb form, is an integral part of the Easter snack © alpinguin

Passion cribs are the Easter counterpart to Nativity scenes and became very popular in Tyrol in the 19th century. Instead of presenting the birth of Jesus in Bethlehem, they show the most important stages of his suffering during the Passion of Christ. Depending on their size, they begin with Jesus’ entry into Jerusalem and end either with his death on the cross or his entombment. Kitzbühel’s most beautiful Passion cribs are displayed every Easter at Café Praxmair in Kitzbühel. 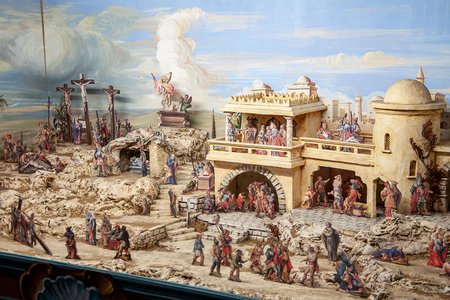 The many other events celebrated during Easter in Kitzbühel can be found here. 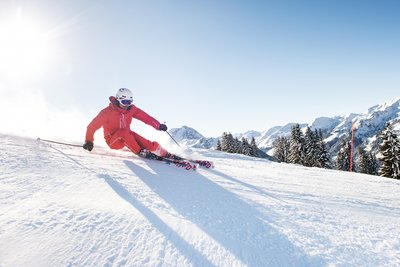 All information about the tickets for the training, the downhill and the slalom.