Frauenschuh: With the scent of leather and loden

Kaspar Frauenschuh has never listened to what the customers want. Perhaps that is why his fashion label of the same name, “Frauenschuh”, is so successful?

Not listening to what the customers want can be fatal. But it can also be the BEST thing an entrepreneur can do. At Kaspar Frauenschuh, the entrepreneur, designer and father of the worldwide known and appreciated label Frauenschuh, this philosophy has been – and still is – the program since 1974.

The smell of leather

In the background you can hear a sewing machine. Soon the finished pieces will decorate the display of the chic women’s shoe shop in the heart of Kitzbühel. Here, leather coats with tile loden, four-button vests made of merino walk or skin-tight softshell catsuits are presented, which are probably less concerned with appearing subtly sexy than with fulfilling certain functions. Functions such as keeping warm, being comfortable and hard-wearing. 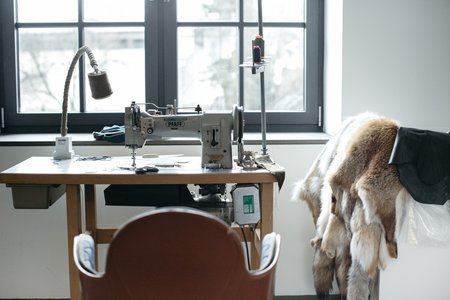 “I want a garment of clothing to work”

Says Kaspar Women’s Shoe as he spreads out, smoothes and samples the prototype of the women’s shoe leather coat on the suede covered work table. “It must fit, be easy to care for, protect. A deer is protected by its skin – and so it protects the one who wears it.” The coat is over 40 years old. Even then, in the 60s, it didn’t look chunky with a jacket underneath. Today it is two-thirds lighter, softer and in many places it does not need seams. Nevertheless, the original speaks of it, it is of the same breed, the women’s shoe breed. Who is this man who counts models like Lauren Hutton among his fans or who works with the world-famous photographer Gilles Bensimon and has been running an internationally successful company here in Kitzbühel for 40 years? 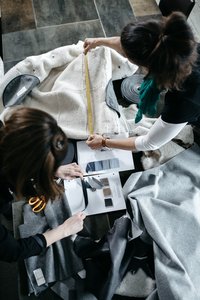 A look back: It’s 1974, when Kaspar, then very young, trained as a tanner and leather tailor. He becomes the logical successor in the family business: his sister marries, his mother is overworked and someone has to take over his parents’ tannery, which has been in existence since the 1950s. “I felt insanely honored to be able to start a business when I was not quite twenty. But the stuff from the tannery was too traditional and too old for me. I wanted to do something else.” Young Kaspar shops in London, travels to fashion capitals like Paris and New York. When he opened his shop in idyllic Kitzbühel in the 70s, he was infuriated by modern interiors and designers like Helmut Lang, Armani, Prada and Gucci: “There were a lot of people who couldn’t handle my design language, who said: Oh, that’s so ugly. But I was never really impressed by that.” 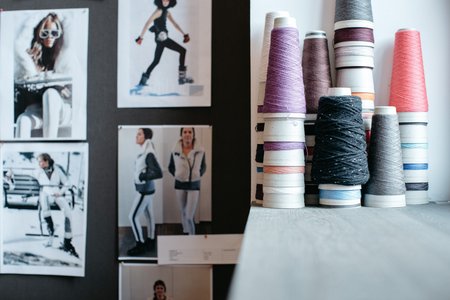 “If the general public doesn’t like it, it’s usually a trend”

There are also many people who find what the young women’s shoe brings to Tyrol great. Like for example the Moncler jackets in the late 70s.  Mocked by the general public behind closed doors as Michelin men. Kaspar Women’s Slipper does not care. He goes on. The other circumstances are favourable: his father lets him do and do, his sister supports him from the beginning – she still does – and in Kitzbühel he attracts more and more international audiences. The shop is doing well. So well that Kaspar Women’s Slipper can travel halfway around the world – besides New York, Paris and London, he moves to Tokyo, Sri Lanka, the Maldives – and finally founds his own label in 1997: Women’s Shoe – Luxury Sportswear from Austria. The signature piece was to be the ladies’ fleece jacket. For those who didn’t like the unfamiliar material and the waisted cut, it was a “shaggy diving jacket”. A few years later, they were to wear one themselves: “If the general public doesn’t like it, then it’s usually a trend,” Kaspar Frauenschuh is convinced of that.

The rediscovery of slowness

There’s a saying that you only have time if you take it. Kaspar Frauenschuh took his time in developing the fleece jacket. The peace and quiet it needs to create something good. A great value in his work. “Always one thing at a time” becomes a principle: After the fleece jacket comes the ski pants, and even today, after more than 15 years, they are still being sold successfully. Then comes the whale jacket. Further values are defined: Nature, family, home, tradition, mountains, best materials, craftsmanship. Why did he stay in Kitzbühel? Kitzbühel is the designer’s home and “offers so many possibilities: In the summer I go mountain biking, I can go to the lake, there are many exciting people there with whom I can exchange ideas.” The Kitzbuehel guy could have expanded, opened new stores, sold at Harrod’s or Macy’s. But he didn’t, because he stands by his values and will never be found in big department stores. 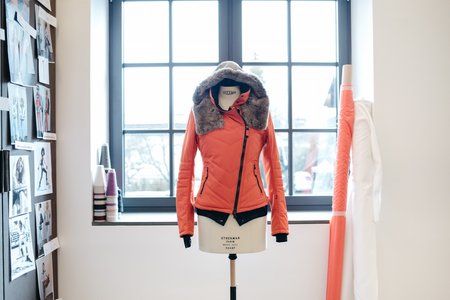 The creator of the “Kitzbühel Look”

The suspicion of a refusal of modernity is obvious, but a look at the own creations and the marketing measures is enough to know that it is by no means so: In the garments, state-of-the-art technologies merge with traditional, regional materials and if you google “women’s shoe”, you quickly end up on the website including blog, the Facebook page or the Instagram channel. The creator of the “Kitzbühel look” not only takes his time, he goes with it. And is very much aware of the fact that the tolerance level of today’s customers is getting lower and lower – in contrast to the 70s, when the clientele waited for hot pants from Paris for three months as a matter of course. That’s why there is now an online shop since 2011. 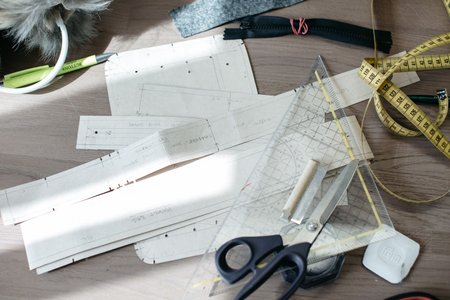 The refined cuts, the fine materials, the handicraft – all these are important factors for the success of the Kaspar women’s shoe. The imperturbability with which he has gone his way. The knowledge that the customers are always late. The ability to deal with this knowledge. But the most important thing, the basis of all success, he defines the basic framework as follows: “To know what constitutes the soul of a company.” A piece of advice that he would recommend to any young entrepreneur, says Kaspar Frauenschuh and strokes once again over the soft, deerskin men’s coat on the work table in the room with the discreet smell of leather. 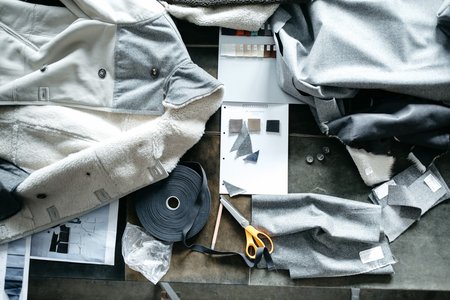 Thank you very much for the lines and pictures provided by BEST OF THE ALPS.

This article was originally published in a longer version by Best of the Alps.